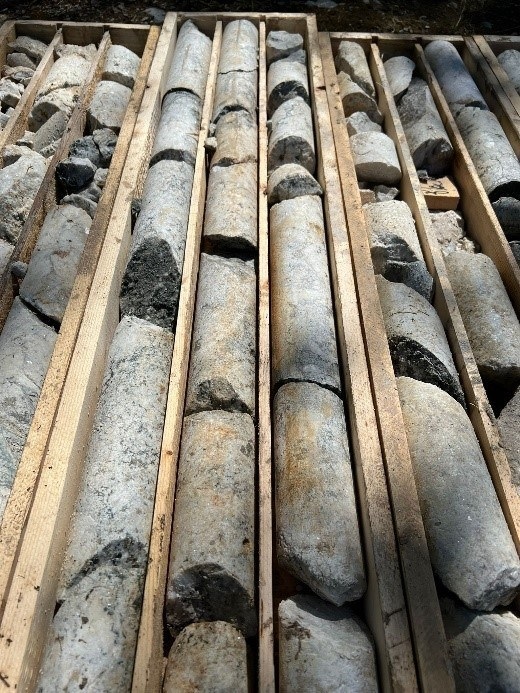 New York, July 02, 2021 (GLOBE NEWSWIRE) – Reportlinker.com announces the publication of the report “Mining Equipment Market in North America – Growth, Trends, COVID-19 Impact and Forecast (2021 – 2026)” – https: / /www.reportlinker.com/p06101231/?utm_source=GNW
However, in the first few months, equipment sales declined, but as the situations were brought under control, sales returned to their normal level.

With the increase in the consumption of base metals and precious metals in many applications, mining activities for these metals have increased, especially in countries such as Canada and Mexico.

Due to the implementation of strict emissions standards and regulations, mining equipment manufacturers are investing more in the development of fuel efficient, low emission, and electrically powered equipment.

In addition, the development of high performance equipment, with increased automation, has made mining without lowering grades comparatively cheaper, which in turn propels the growth of the mining equipment market.

Technological advancements and growing demand for oil sands, coal and gas are expected to drive demand for surface mining equipment market. For example,

– According to the Environmental Impact Assessment (EIA), in 2019, approximately 756 million short tons of coal were produced in the United States. Surface mines accounted for 63% of total coal production and they also represent 63% of the total number of mines in the United States.

Significant improvements in equipment efficiency, investments in the industry by Original Equipment Manufacturers (OEMs) coupled with the need for durable products are expected to positively increase the market growth during the forecast period. For example,

– In September 2019, Komatsu Ltd introduced a hydraulic excavator, PC2000-11, equipped with a machine monitoring system, called KomVision. This is used to load transport trucks and can be used for loading coal, stripping overburden, and loading blasted rock.

In addition, the increasing adoption of this equipment has led to selective mining operations by exploring for high quality materials and creating embankments and stable surfaces that can offer lucrative opportunities to industrialists by expanding their product portfolio. For example,

– In January 2021, Caterpillar launched the next generation of three new large hydraulic excavators as well as two ultra-high definition (UHD) demolition machines. This type of development activity is expected to stimulate demand in the market.
– In June 2019, Komatsu acquired a mining workforce optimization company to improve the safety and productivity of mining customers. These types of acquisitions increase companies’ market share.

Hence, all the above mentioned cases are expected to propel the growth of surface mining equipment segment during the forecast period.

Canada will dominate the market during the forecast period

The mining industry contributed CAD 34,173 million to the GDP of the Canadian economy, of which CAD 19,829 million came solely from the metal mining segment of the industry, in 2019.

High spending on mineral exploration of CAD 1.7 billion in 2018, CAD 1.6 billion in 2019, and preliminary spending estimated at CAD 1.5 billion in 2020 indicate the industry’s commitment to mineral production and the need for reliable and economical equipment for different mining companies.

Even with reduced foreign interest in mining in Canada, compared to other North American countries, the region of Nunavut, in August 2019, saw huge investments of CAD 1.2 billion per year. Agnico Eagle, to open and operate the Meliadine mine and the Amaruq Whale Tail project. .

The country has an extensive network of 3,767 suppliers who meet the various requirements of the mining industry. The supplier network is only third in major countries in mining, and second to the United States in the Americas. According to the Mining Supplier of British Columbia, the procurement sector, which provides technical, financial and other services for mining, generated C $ 2.9 billion in economic activity in 2018.

Various technologies are being implemented at active mine sites across the country for cost reduction and efficient mining. Meglab in June 2021, developed and installed a system at the Borden mine in Ontario that monitors the mine’s energy consumption during operations and provides alternatives to operators if energy consumption exceeds the limit.

The numbers and statistics mentioned above indicate the huge opportunity for the mining equipment market in Canada.

Competitive landscape
The North American mining equipment market is characterized by the presence of numerous international and regional players, resulting in a competitive market environment. With increasing competition in the market, innovation is becoming a critical factor for players to stand out in the industry, as many countries attempt to decarbonise and reduce GHG emissions from the mining sector by incentivizing mining companies to switch electrical mining equipment.

The big players have exponentially increased their R&D spending in order to integrate innovation into excellent performance. The demand for high performance, high efficiency and safe handling equipment is expected to make the market more competitive during the forecast period.

Reasons to buy this report:
– The market estimate sheet (ME) in Excel format
– 3 months of analyst support
Read the full report: https://www.reportlinker.com/p06101231/?utm_source=GNW